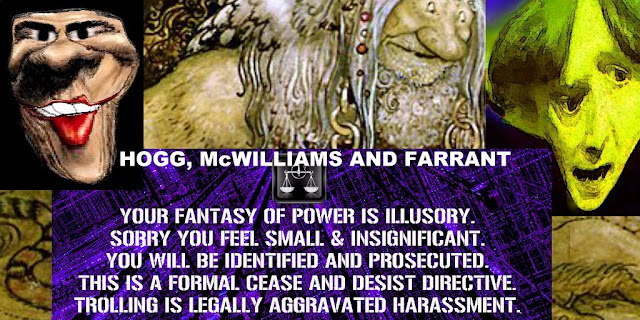 Hallowe'en 2016: Angie Mary Watkins, who knows Hogg better than most, posted this on her group: 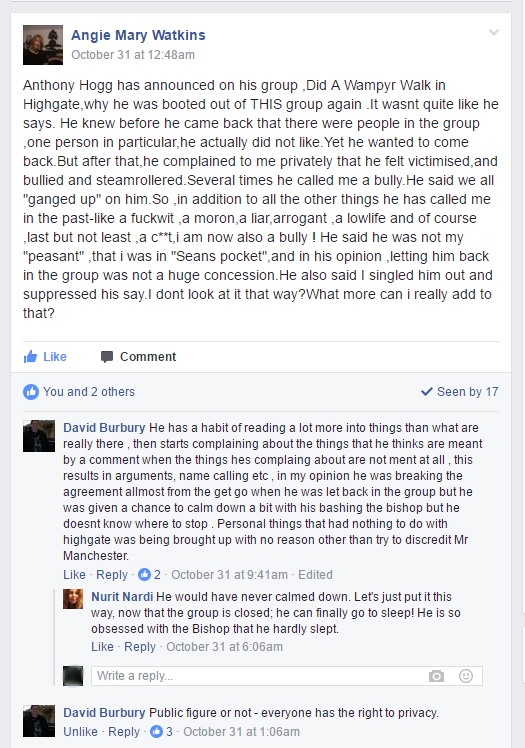 "Anthony Hogg has announced on his group, Did A Wampyr Walk in Highgate, why he was booted out of THIS [Angie Mary Watkins' Highgate Facebook] group again. It wasn't quite like he says. He knew before he came back that there were people in the group, one person in particular, he actually did not like. Yet he wanted to come back. But after that, he complained to me privately that he felt victimised, and bullied and steamrollered. Several times he called me a bully. He said we all 'ganged up' on him. So, in addition to all the other things he has called me in the past-like a fuckwit , a moron, a liar, arrogant, a lowlife and of course, last but not least, a c**t, I am now also a bully! He said he was not my 'peasant,' that I was in "Seán [Manchester]'s pocket,"and in his opinion, letting him back in the group was not a huge concession. He also said I singled him out and suppressed his say. I don't look at it that way? What more can I really add to that?" - Angie Mary Watkins

Not a lot. Many have had an identical experience with Hogg. Some have suffered worse things from this troll who probably has narcissistic personality disorder, which is a mental disorder in whereby people have an inflated sense of their own importance, a deep need for admiration and a lack of empathy for others. But behind this mask of ultra-confidence lies a fragile self-esteem that is vulnerable to the slightest criticism. That describes the Australian troll Anthony Hogg perfectly. 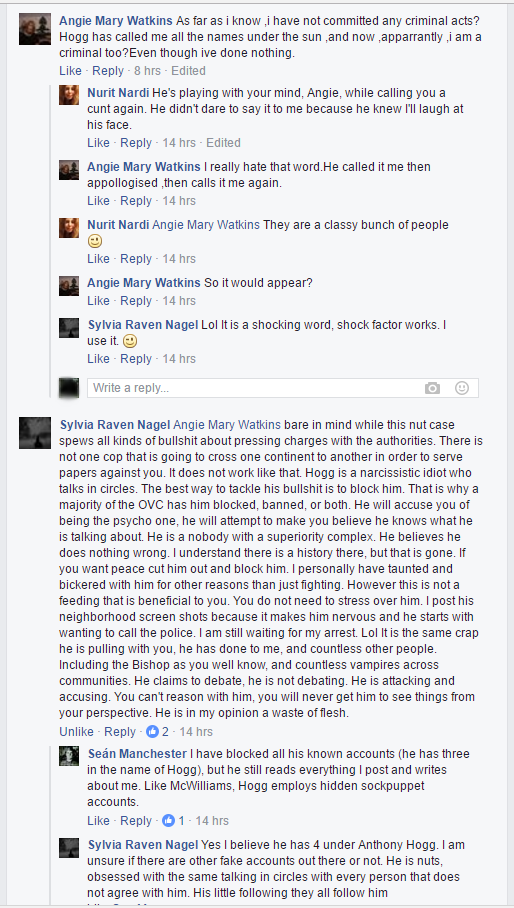 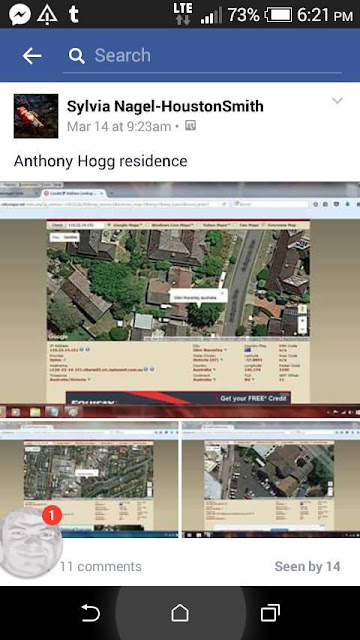